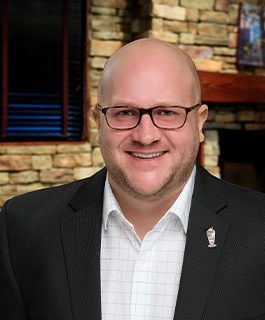 Chase’s love for cooking was inspired by his Mother and Grandmother. They were both fantastic cooks and he has very fond memories of spending countless hours in the kitchen with them learning everything he could. After graduating from Le Cordon Bleu Institute of Culinary Arts, Chase moved to Naples, Florida to work as a Line Chef at a local resort. In 2005, he moved to Columbus and held positions at Handke’s Cuisine and Shane’s Catering. In 2009, he joined Cameron Mitchell Premier Events as a Sous Chef and rose through the ranks developing as an Executive Sous Chef and then became Executive Chef.