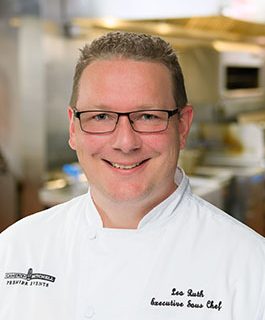 A trip to France in his early 20’s really sparked his interest in cooking. At the time, Leo was working for Chase Bank and really needed a change. He decided to take a leap of faith and enrolled at Columbus State Community College to pursue his passion for cooking. After graduating, Leo helped open Maca Café in Powell, as well as Third and Hollywood in Grandview. In 2009, he joined Cameron Mitchell Restaurants as a line cook at M and later transferred to Mitchell’s Ocean Club. In 2011, he was promoted to Sous Chef and moved to Denver to help open Ocean Prime and did the same in Indianapolis. In 2013, Leo decided to move back to Columbus and join Cameron Mitchell Premier Events where he has been ever since.